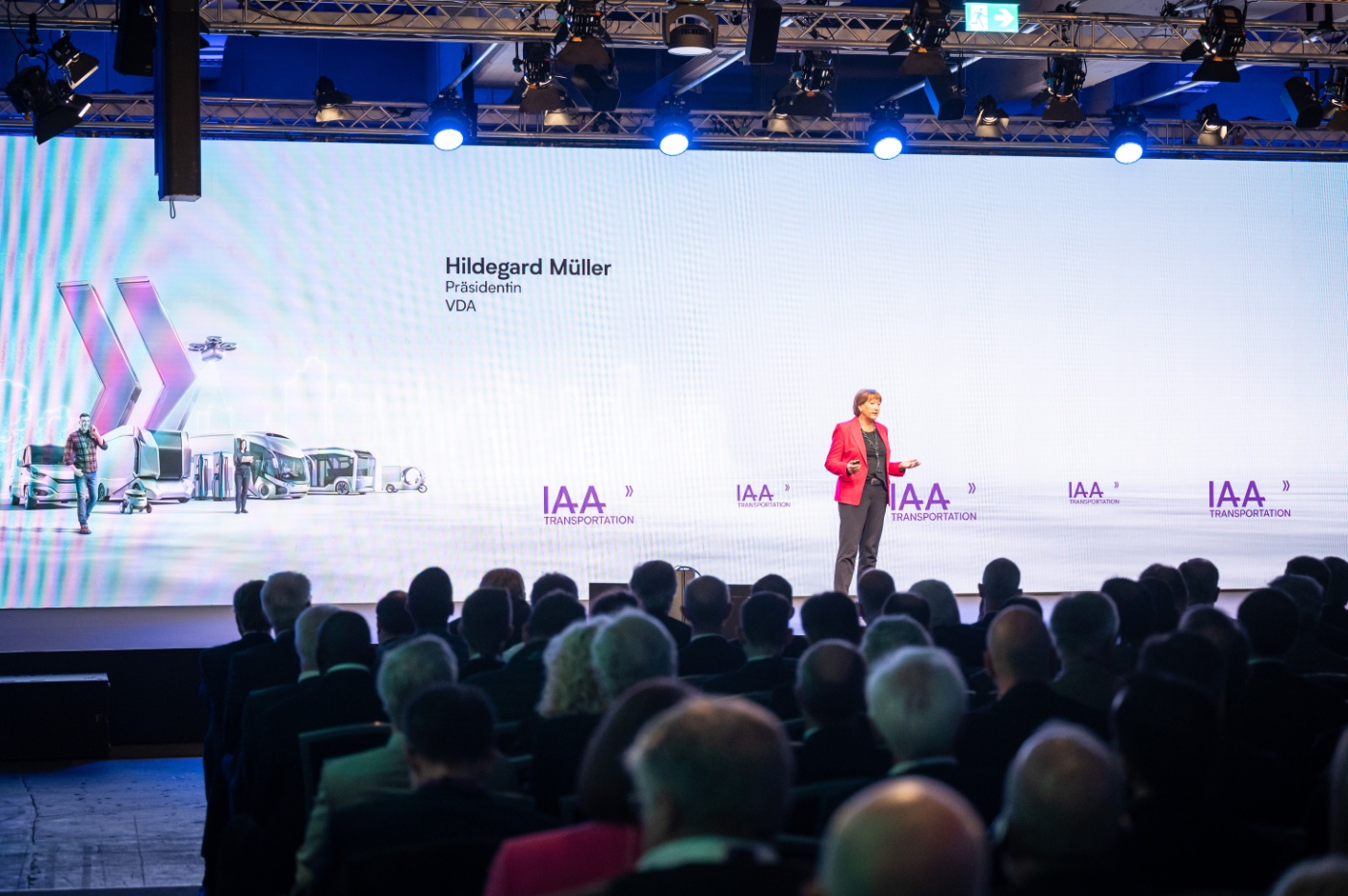 The curtain rose on a new chapter in the history of the IAA on Tuesday morning at the Opening Session of the IAA TRANSPORTATION in Hanover. Until Sunday, September 25, more than 1,400 companies from 42 nations will be presenting exciting and forward-looking innovations from the fields of transport and logistics at the Deutsche Messe exhibition center in Hanover.

A host of new formats and a large number of new exhibitors are giving the rejuvenated IAA TRANSPORTATION a new look this year, and the motto "People and goods on the move" is also bringing companies from all areas of the transport and logistics industry together under one roof for the first time to jointly shape the future of the sector. This new orientation also met with a great response from the public.

Lower Saxony's Minister President Stephan Weil, at any rate, made it clear that he has a lot to like about the new concept. In his speech at the opening ceremony, he attested that the VDA had made good use of the difficult pandemic years that made major industry gatherings like the IAA impossible in the interim. "The IAA Commercial Vehicles is growing beyond itself with the IAA TRANSPORTATION," Weil is convinced. He particularly welcomed the event's new all-encompassing character, which meant that tech companies, suppliers and passenger transport companies were now more in the spotlight than ever before.

Meanwhile, he encouraged the companies themselves to continue on their chosen path toward a drive turnaround and sustainability, not only for the sake of climate protection, but also in view of the major political and economic challenges of the day, which are causing fossil fuel prices to skyrocket. "As of now, the use of renewable energies is precisely also highly economical – in production and also for customers," Weil said. At the same time, he warned that politics and business must be wide awake in order to maintain the competitiveness of German industry in international competition.

Host and VDA President Hildegard Müller took the same line. She, too, referred to the challenging environment in which companies were currently operating and demanded: "We have to bring down energy costs." Otherwise, she said, there was a risk of Germany becoming deindustrialized due to a lack of investment by companies.

With regard to the logistics and transport industry, the VDA president expects above all increased commitment and speed in the expansion of the charging infrastructure for battery-electric and hydrogen-powered vehicles in order to be able to continue to resolutely drive forward the transformation in the industry. The companies are already setting a good example and frequently making advance payments.

With the IAA TRANSPORTATION, he said, the commercial vehicle industry is impressively demonstrating "that logistics and transportation of the future are being thought of together in a very unified way." The many national and international exhibitors are convinced of the successful future of the industry and are also unwaveringly innovative. For Hildegard Müller, it is therefore clear: "It is not only an IAA TRANSPORTATION, but actually also an IAA Transformation."