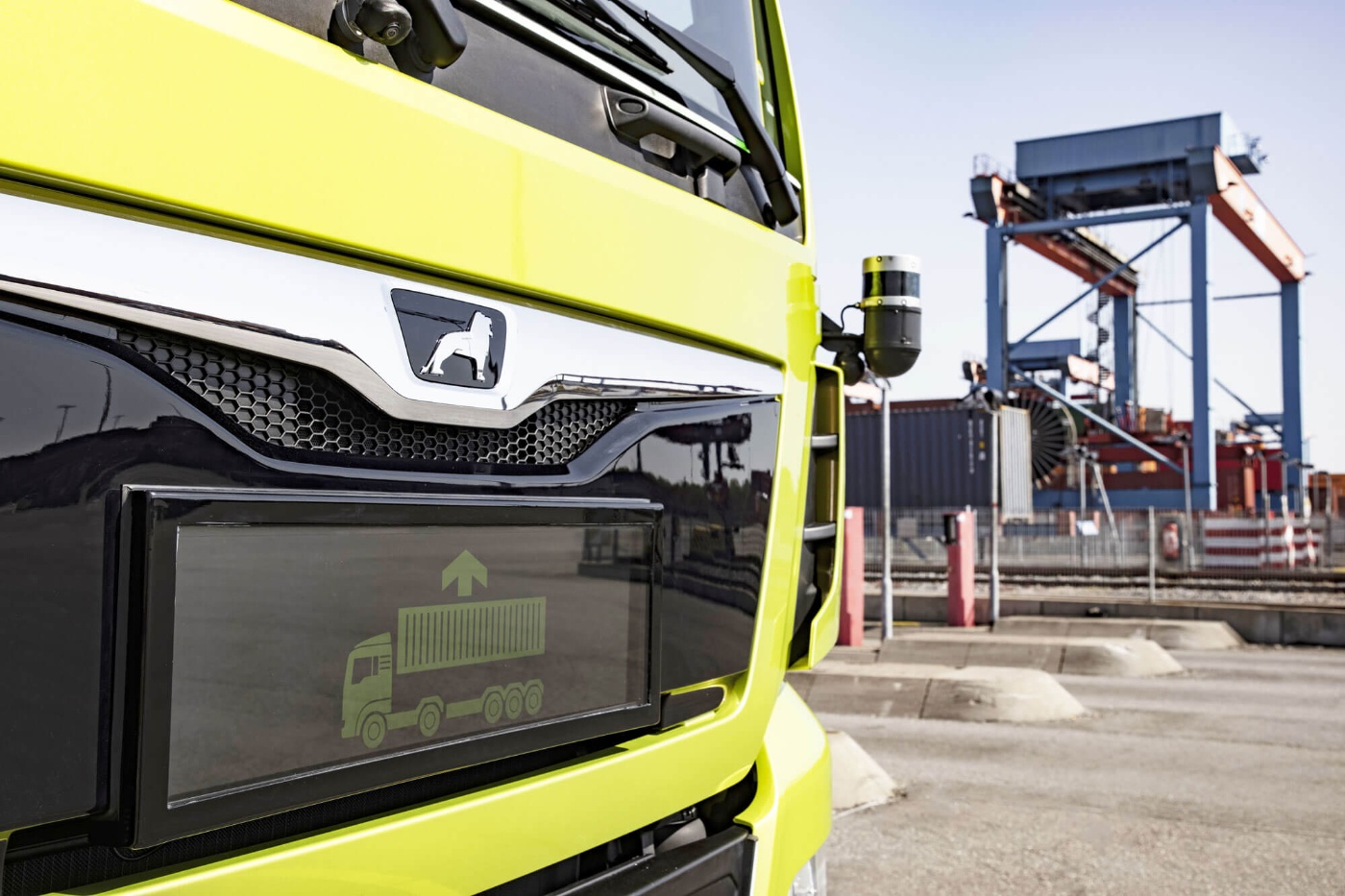 Self-driving trucks in container handling and on the road are no longer a utopian dream. On the contrary: In just a few years they could make freight transport safer, more efficient and more sustainable. This is the conclusion reached by a research project aimed at demonstrating the feasibility of automation solutions for road freight transport that was carried out using autonomous trucks in container handling at the HHLA Container Terminal Altenwerder (CTA). Two autonomous MAN TGXs passed the now completed practical test with flying colors.

The articulated trucks were equipped with GPS, sensors and computer technology, and moved autonomously and smoothly over a total distance of more than 5,000 kilometers in mixed traffic with other road users in the port area. “Pilot projects like Hamburg Truckpilot prove that the use of self-driving trucks is technically feasible and can be efficiently integrated into logistics processes. Autonomous driving will be a game changer in transportation,” says Dr. Frederik Zohm, MAN's Executive Board member responsible for research and development, about the project results.

The prototype truck maneuvers itself autonomously in reverse at the CTA block storage facility.

MAN trucks have lidar, radar, and camera on board

During the test tours the drivers of the Weets freight forwarding company transported 40-foot containers from the Weets logistic center in Soltau via the A7 motorway to the CTA terminal 70 kilometers away. After arriving at the check gate, the drivers made space for a MAN safety driver who monitored the autonomous driving functions and was able to intervene, if necessary. The trucks received the transport orders via touch pad so that they knew exactly at which storage block they were to deliver or collect the containers, based on digital map material. The MAN trucks, equipped with lidar, radar, and camera, accelerated autonomously and headed for the block storage area about two kilometers away at a maximum speed of 25 km/h. During the journey at the terminal, light bands on the TGXs lit up blue to signal autonomous operation.

Once at the block storage facility, the prototype trucks backed into their assigned block storage lane and reached their parking position. Then the block storage systems kicked in and a spreader took over the storage and removal of the containers. After successful handling the MAN trucks drove autonomously back to the check gate and left the terminal. Once the trucks had left the terminal area, the Weets drivers took the wheel. According to the project partners, not a single manual intervention was required during any of the test trips.

In future the automated driving functions will support and relieve truck drivers in their work. This would allow them to leave the truck during loading and unloading and use the time for statutory breaks. Up to 30 minutes of standby time could be saved. Further advantages would lie in the increase in efficiency through anticipatory automated driving. It reduces consumption and can have a positive influence on the flow of traffic. Last but not least, the project partners promise themselves an increase in safety in all areas.

But we are not quite there yet. In fact, a total of only two complete container deliveries were made with the autonomous MAN trucks. During the previous test tours, the innovative entrepreneurs had approached the final delivery ‘in a piecemeal manner’. The driver was also obliged to remain on board and could not take a break or process freight papers. Furthermore, there is currently no automated solution for opening and locking the twistlocks that secure the container on the chassis.

Solution for the driver shortage

Nonetheless: “Hamburg Truckpilot was an important milestone for us on the way to developing autonomous driving systems. The first time our prototype maneuvered itself autonomously into a block storage lane, we knew: it works,” explains Sebastian Völl, Project Manager for Automated Driving at MAN. The expertise built up brings MAN closer to its goal of not only putting autonomous trucks to work on the sites of logistics hubs in future, but also using them in regular traffic between these logistics hubs. In Völl’s view, autonomous trucks can also be a solution to the driver shortage. Jakob Weets from Emden is also hoping for this. The CEO of the Weets freight forwarding company is open to new systems and has actively supported the Hamburg Truckpilot project.

MAN is planning further collaborative projects and is pursuing the goal of bringing autonomous trucks to market in series production from 2030 onwards. To this end, the Munich-based vehicle manufacturer also collected valuable data on the manual feeder journeys between the Weets container terminal in Soltau and the Hamburg port area. As the next step, the manufacturer plans to test the automation technology in hub-to-hub traffic between various logistics hubs – including on the motorway and at higher speeds. Such tests have been possible in Germany since July 2021 due to the new law on autonomous driving. The law regulates and allows in principle the use of autonomous vehicles in defined operational areas such as in traffic between logistics terminals. However, a technical supervisor must still monitor the journeys.