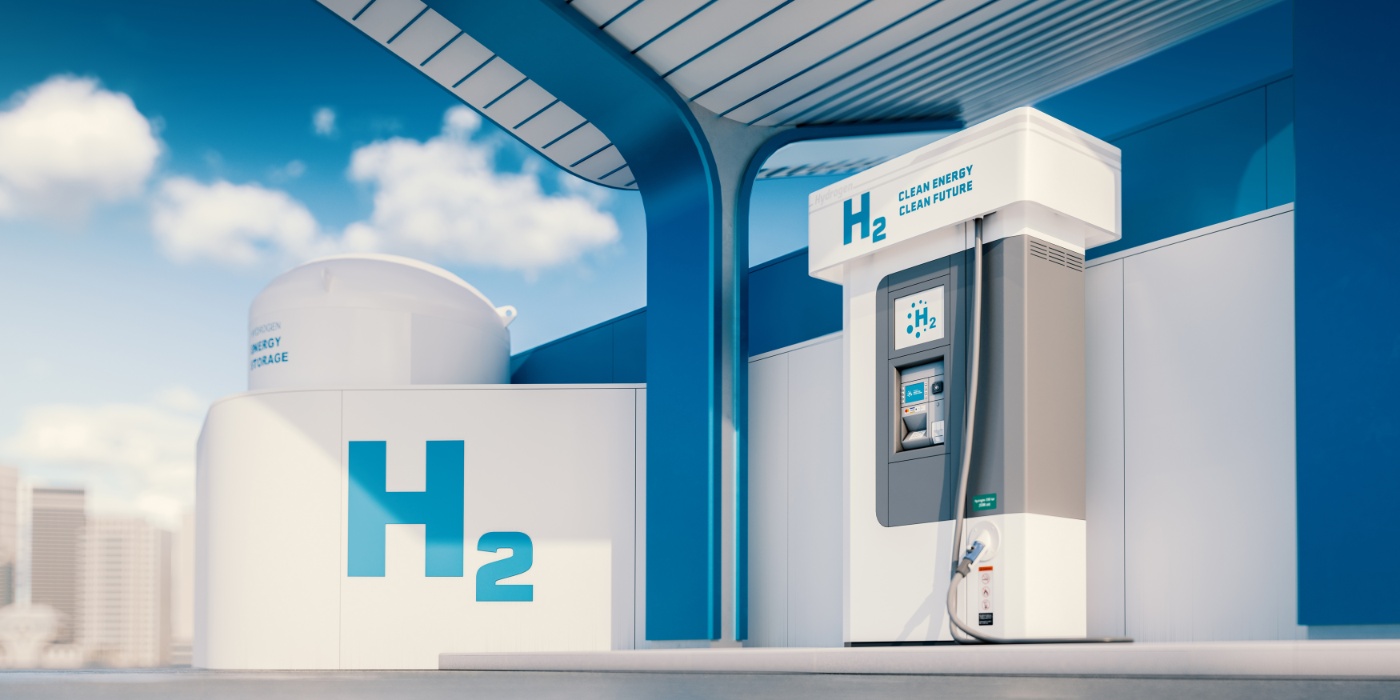 Fuel cell trucks will play an important role in the future transport mix. The only question is what kind of hydrogen they should be fuelled with.

Fuel cell trucks will play an important role in the future transport mix. The only question is what kind of hydrogen they should be fuelled with.

For many months now, fuel cell trucks have been rolling along European roads in trial operation. Other models will follow soon, and in three to five years the first series-production vehicles will roll off the assembly line. So the task is to push ahead with the expansion of the necessary filling station infrastructure. But before this task can be tackled, it must first be defined which refuelling technology is to be given preference. This will be determined by whether the fuel cell trucks are to run on compressed hydrogen gas, on deep-frozen liquefied hydrogen or on deep-frozen and highly compressed hydrogen gas - so-called cryogas.

But how do the systems work? The simplest solution is to fuel the trucks with gaseous hydrogen. This involves compressing the fuel to a pressure of 350 bar and filling it into appropriately designed special tanks. In a trial with about 2,000 fuel cell vehicles, the South Korean truck manufacturer Hyundai Trucks is investigating how practicable this approach is in tough everyday transport. The 4x2-engined Hyundai H2 XCient Fuel Cell Electric Trucks are rolling through Switzerland as solo distributors or as a 36-tonne truck tractor, among other things. The vehicles are equipped with two fuel cells, each with an output of 95 kilowatts, which feed a battery that in turn supplies the approximately 350-kilowatt electric motor with energy.

The hydrogen itself is stored on board in seven pressurised tanks located at the front of the box body. According to the manufacturer, this is enough to refuel around 35 kilograms of gaseous hydrogen. The crux of the matter is the range of the vehicles: at the beginning of the large-scale trial, the engineers estimated that the distribution trucks would get about 400 kilometres on one tankful. After almost twelve months of testing, however, it is clear that the vehicles have exceeded expectations, in some cases significantly. For example, the fuel cell truck that is on the road for the Swiss branch of the Austrian logistics service provider Gebrüder Weiss has covered distances of up to 450 kilometres in real-world use. That is sufficient for use in distribution transport.

Liquid hydrogen as an alternative

The German truck manufacturer Daimler Trucks, on the other hand, is convinced that fuel cell trucks are primarily suitable as an alternative for long-distance transport. But for that they have to go a long way on a tank of fuel - the mark is at least 1,000 kilometres. The problem is that the tractor units mainly used in long-distance transport do not offer enough space to accommodate more tanks for the hydrogen gas. Therefore, the designers decided to use the liquefied version instead of gaseous hydrogen.

The advantage is that liquid hydrogen, in contrast to gaseous hydrogen, has a significantly higher energy density in relation to volume. As a result, a fuel cell truck fuelled with liquid hydrogen can get by with much smaller and, due to the lower pressure, considerably thinner-walled and thus lighter tanks. At the same time, the truck can also travel much further due to the higher energy density of the liquefied hydrogen.

Filling station as a sticking point

One of the reasons for this is that it takes time to build up a nationwide refuelling infrastructure. Although the energy company Shell, for example, is planning to set up a corresponding network, the first hydrogen filling stations will not go into operation until 2024 within the geographical triangle of Rotterdam, Hamburg and Cologne. There will be no talk of a nationwide structure until 2030. At least 150 H2 filling stations for heavy trucks will then be available.

But the possibilities are not yet exhausted. In the next three and a half years, a consortium wants to bring a so-called cryogas hydrogen gas tank with a refuelling system to market maturity. In addition to the hydrogen mobility start-up Cryomotive, the consortium also includes the commercial vehicle manufacturer MAN Truck & Bus and the truck and bus modifier Clean Logistics. In this system, the gaseous hydrogen is deep-frozen and highly compressed so that the trucks powered by it have a similarly high range as vehicles running on liquefied hydrogen. And the maximum refuelling time is also about the same, at around ten minutes. And: the compressor technology, which according to the consortium costs only a few hundred euros, is designed in such a way that the vehicles can be refuelled with both liquid and gaseous hydrogen. The original aggregate state of the fuel is irrelevant; liquefied hydrogen simply turns back into gas.