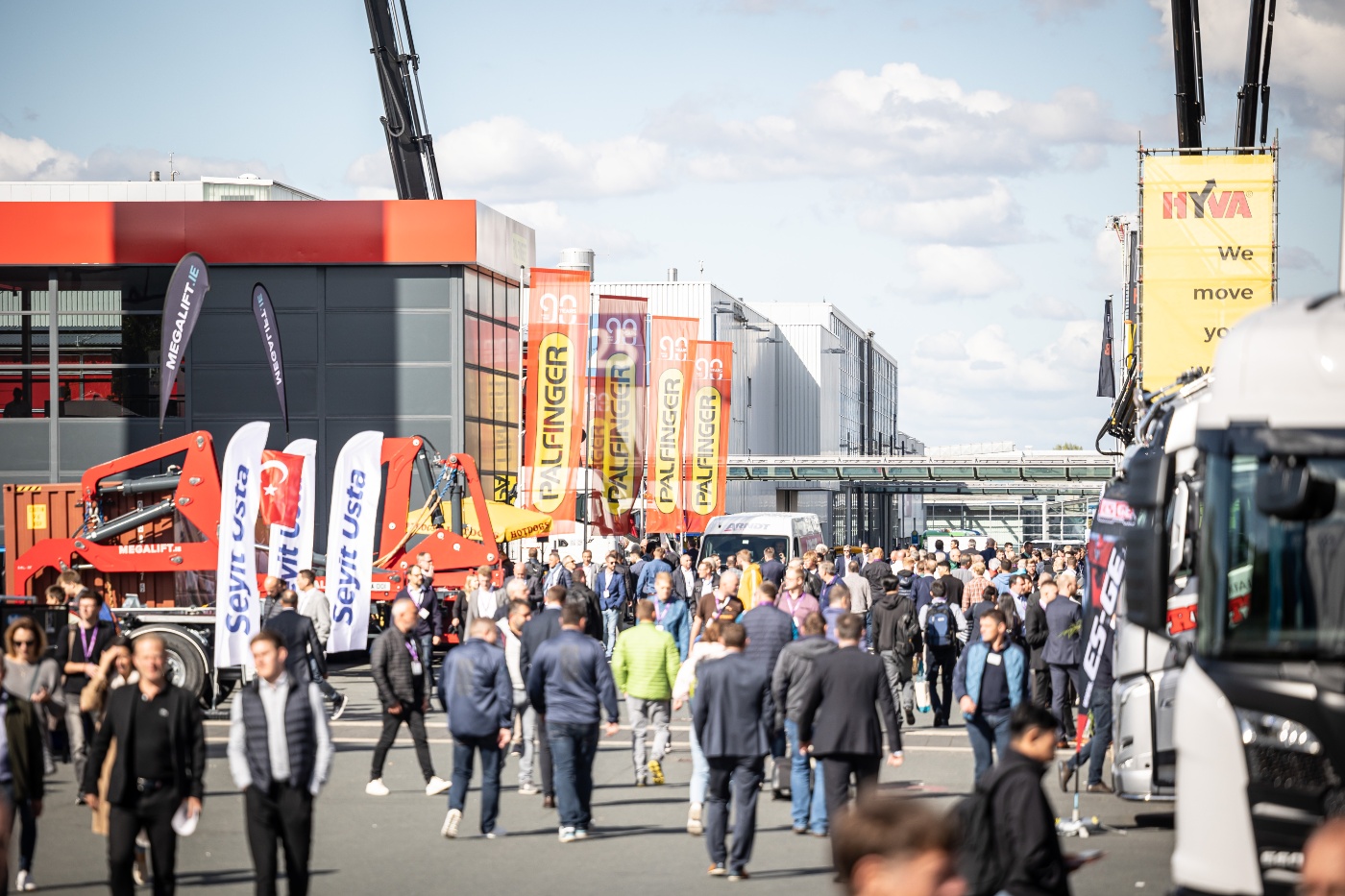 For six days, trade visitors and mobility fans from all over the world flocked to Hanover between September 20 and 25 to marvel at and try out for themselves the most exciting and significant technical innovations and concepts from the fields of transport and logistics.

Finally, the first IAA TRANSPORTATION came to an end on Sunday. Even a brief look at the general data makes it clear: the event was a complete success. 1,402 exhibitors, including two-thirds international companies from 41 countries, and more than 1,400 German and international journalists supported the position of the IAA TRANSPORTATION as the largest and most important platform for the transport and logistics industry on a global scale. But interest was high not only locally, but also in other parts of the world. This is evidenced, among other things, by the more than two million views for the posts on the social media channels. In total, international media from 97 countries accounted for around three quarters of the coverage of the IAA TRANSPORTATION, with the USA, Canada, India, China, Japan and South Korea standing out in particular.

On site, the experience formats such as the "IAA Test Drives" and the "IAA Cargobike Parcours", where visitors could try out new products in person, were particularly popular. All in all, around 7,500 test drives took place over the six days of the event, with the entire test operation being climate-neutral. A particularly positive aspect was that three quarters of visitors gave the IAA Test Drives top marks in a survey conducted afterwards.

Another key to the success was the revamped event concept. From trucks to cargo bikes, from delivery vans to parcel drones – with the new IAA TRANSPORTATION, the transport and logistics industry moved into the public spotlight in its entire spectrum for the first time. "This courage has paid off; the great response from exhibitors and visitors shows how right this new approach is", said VDA President Hildegard Müller at the close of the IAA TRANSPORTATION in Hanover. In fact, visitors to Hanover also rated the wide range of new models and developments as well as the internationality of the exhibitors extremely positively in the survey.

Last but not least, the IAA TRANSPORTATION also delivered in terms of content, especially when it comes to the interplay between efficiency and sustainability, which is so important for the future of the industry. Probably the most important focus among the numerous world firsts presented was therefore on innovations relating to the electrification and climate neutrality of the powertrain. "The industry is resolutely driving forward the biggest transformation in its history and is thus making an important contribution to solving the challenges facing society", said Hildegard Müller. She also announced: "The transport and logistics industry is now taking innovation to the road – the climate neutrality mission is in full swing."

The next IAA TRANSPORTATION will take place again in Hanover from September 17 to 22, 2024 (press day is September 16, 2022). Participation and exhibitor inquiries for 2024 are being accepted now at transportation@iaa.de.