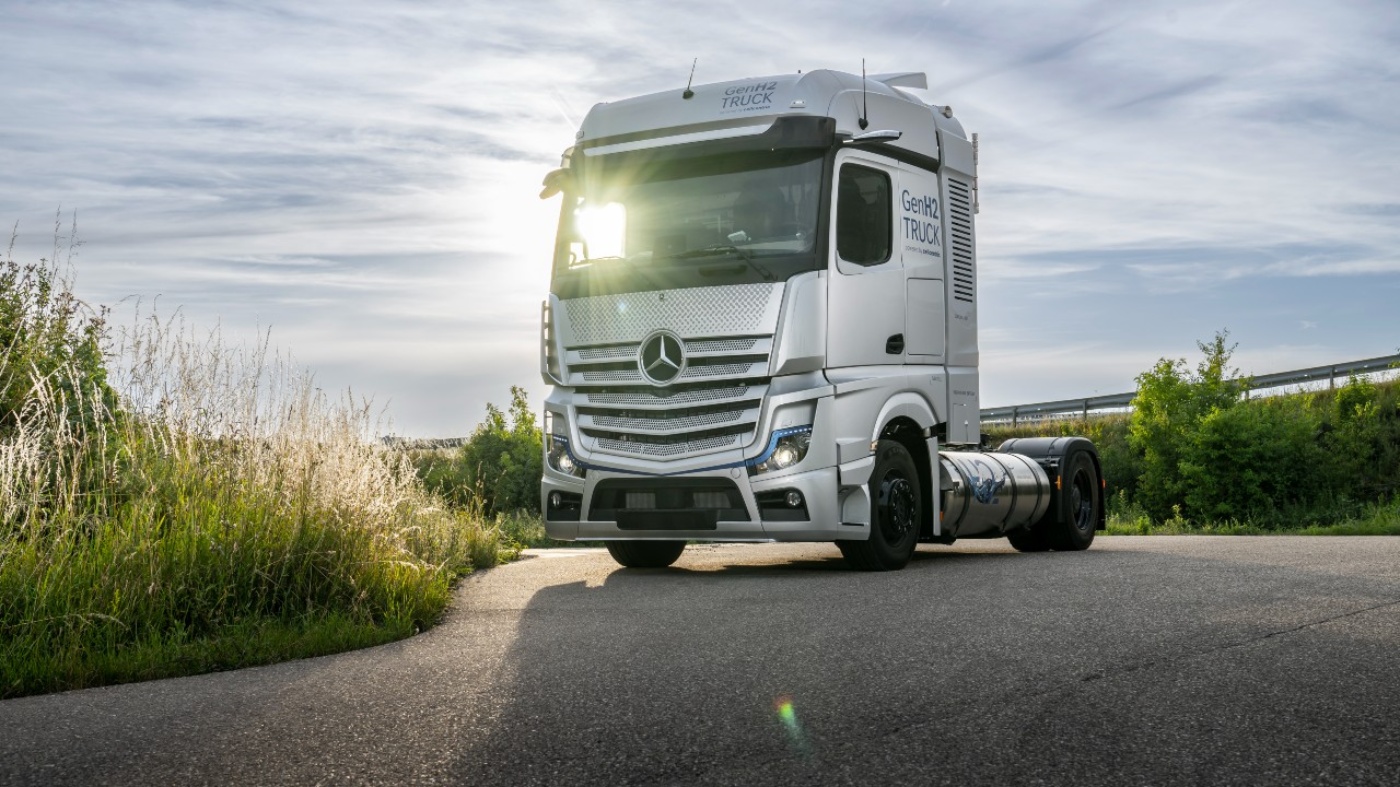 One world, many solutions

Whether battery, hydrogen or e-fuels – because diesel is seen as one of the main sources of greenhouse gas emissions in the transport sector, alternatives are being sought worldwide. However, the approach to this question varies in the individual regions. What makes South America different from Asia? And what sets them apart from Europe or the USA? Here’s an overview.

In future, trucks, vans and the like need to be driving sustainably: Under an EU Regulation, commercial vehicle manufacturers are required to reduce CO2 emissions on new vehicles by 30 percent by 2030. So alternatives are needed – and quickly!

In Europe, the number of trucks running on diesel could start to reduce as early as 2024. This is revealed in the “European Truck Market Outlook 2022” survey conducted by the international corporate consultants Bain & Company for Germany, France, UK and Spain: Just 30 percent of the 565 fleet managers interviewed are still planning to buy trucks with conventional diesel engines in three years’ time. As early as 2025, roughly one in every two trucks is set be equipped with an alternative powertrain – a mammoth task for the sector. Up until now in Germany, for instance, only around two percent of trucks run on anything other than diesel or petrol.

E for Europe, E for electric

In Europe, the manufacturers and operators of commercial vehicle fleets are turning above all to e-mobility: The Boston Consulting Group (BCG), for example, considers it most likely that battery-electric powertrains will take comprehensive hold here. In 2030, according to a 2019 study by the corporate consultants, up to 70 percent of the trucks powered by something other than a combustion engine could be battery-electric, providing that the corresponding charging infrastructure suitable for trucks is available. In many European countries, including Germany, truck manufacturers are benefiting here from policy strategies promoting battery-electric powertrains. The Institute for Energy and Environmental Research Heidelberg (IFEU), in its latest comparative analysis of the potential of drive technologies for trucks, similarly found that electric-powered trucks could already be cheaper than “diesel” as early as 2025. By 2030, that means one in every three newly-sold trucks in Europe could already be battery-driven.

In that regard, the assessment by the German Association of the Automotive Industry (VDA) could serve as a kind of blueprint for the development in the EU: In its position paper on the German commercial vehicle industry’s view of future drive technologies (“Positionspapier zu zukünftigen Antriebstechnologien aus Sicht der deutschen Nutzfahrzeugindustrie”), the VDA calls for an open-technology approach to achieve the climate goals – with a clear focus on e-mobility and hydrogen.

Light duty commercial vehicles with a battery-electric powertrain are already available, and are increasingly being used for city-center distribution transport. However, medium duty commercial vehicles are similarly set to run on electric in regional and distribution transport. In order that, in future, heavy duty vehicles or buses are able to be powered purely by electricity for long-distance routes, a comprehensive charging infrastructure is required above all else, alongside further development of current battery technologies.

The charging infrastructure for the transport of e-goods is being expanded worldwide. A demo charging park for electric truck customers is being built at the Mercedes-Benz Trucks site in Wörth am Rhein. Photo: Daimler Truck

For heavy-duty commercial vehicles on long-haul routes and for touring coaches, the VDA also considers hydrogen  (H2) a key alternative to diesel. This assessment is in line with the German government’s “National Hydrogen Strategy”, which sees green hydrogen as relevant particularly for long-distance and heavy goods transport.

When it comes to hydrogen power, they are a step ahead in Asia: For instance, as early as 2017 Japan was the first country anywhere to develop a national hydrogen strategy. In 2020, the world’s biggest production plant for green hydrogen was taken into service in Fukushima. And Japan is also pressing ahead with expanding the necessary infrastructure. By 2030, according to a forecast by the market research company Fuji Keizai, a total of 1,321 hydrogen fueling stations are set to be operating, capable of providing fuel for 621,000 cars. In Germany, there are barely 100 H2 fueling pumps currently. When it comes to commercial vehicles, there are set to be 1,300 fuel cell-powered buses and 14,600 forklifts operating in Japan by 2030.

The Japan H2 Mobility consortium, to which the automotive manufacturer Toyota belongs, has been commissioned to expand the fueling station network. In 2017, Toyota presented the first series-manufactured version of the fuel-cell bus Sora. Together with the Toyota subsidiary Hino Motors, the Group is currently developing fuel cell trucks for the Japanese and North American market. The companies Toyota, Hino and Isuzu have announced production of a battery-electric low-floor bus for 2024, with a fuel cell spin-off from this set to be developed. In China, Toyota is also collaborating with Chinese companies on development of fuel cell trucks, in the joint venture United Fuel Cell Systems R&D.

Environmentally friendly on the road with SORA 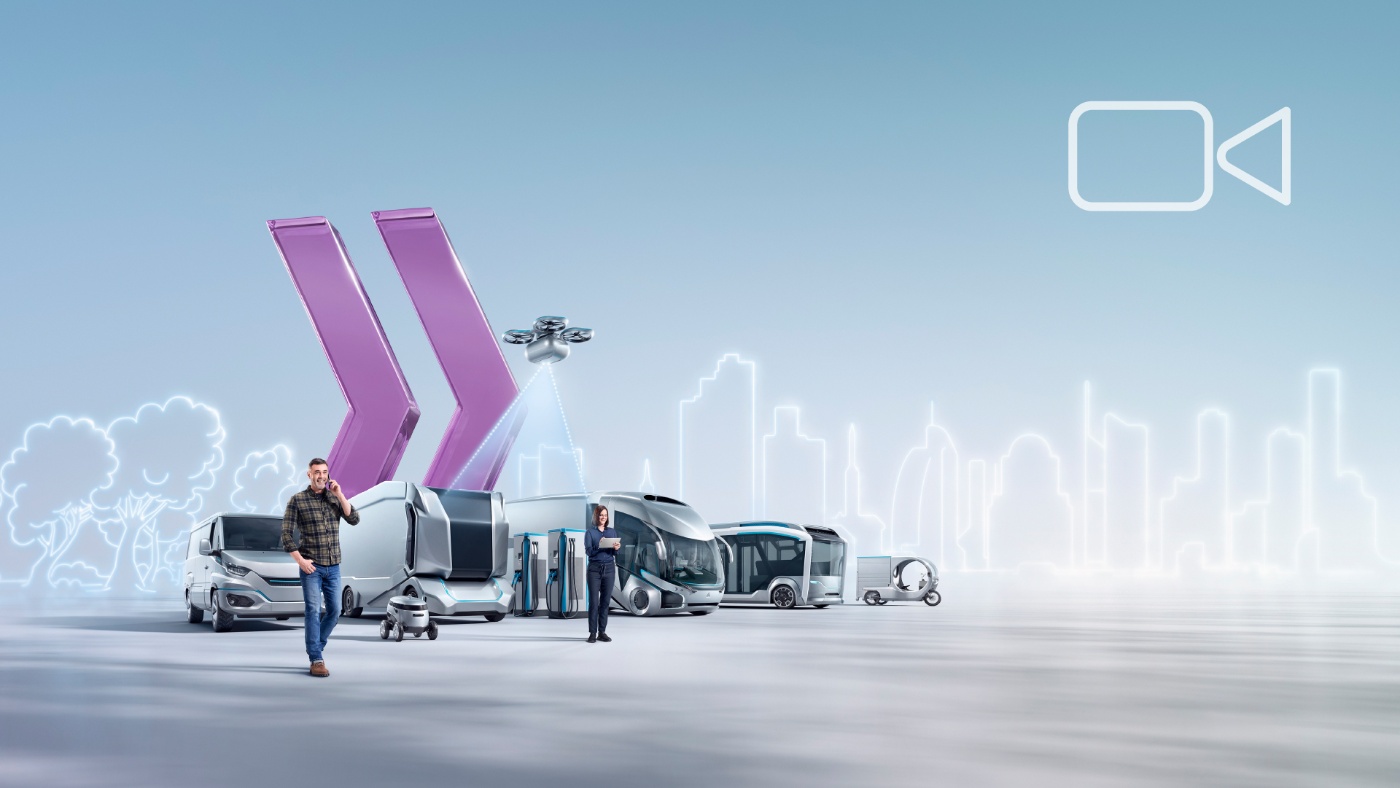 Hyundai is also active in the hydrogen trucks area. The automotive manufacturer from neighboring South Korea supplied the world’s first series-manufactured heavy-duty commercial vehicle with a fuel cell electric powertrain in 2020 – the Xcient Fuel Cell. By 2025, a total of 1,600 units are set to be produced.

China, too, is looking to H2 – and not just for commercial vehicles. Hydrogen and fuel cell applications are considered key future technologies, and attract state subsidies accordingly. Even today, according to the fact-sheet on hydrogen and fuel cell technology in the PRC (“Factsheet Wasserstoff- und Brennstoffzellentechnologie in der Volksrepublik China”) produced by now GmbH, there are at least ten manufacturers for fuel cell buses, four for light-duty commercial vehicles and more than ten active fuel cell manufacturers and system integrators.

By 2030, a million fuel cell vehicles, particularly cars, are set to be running on China’s roads. At the end of 2020, there were around 7,300 vehicles in the world’s biggest car market powered by this technology, most of which were commercial vehicles.

And the latest sales figures from China also show that the trend is towards electrification: In 2021, sales of heavy-duty trucks with battery electric, plug-in hybrid and fuel cell powertrains rose, as reported by Bloomberg NEF. Of the heavy-duty trucks sold with an alternative drive technology, 62 percent were conventional battery-electric vehicles, 31 percent had swap-out batteries and seven percent were using fuel cells.

And it could be more soon: The world’s biggest hydrogen fueling station was recently completed in Beijing. As soon as it is licensed to operate, its daily capacity of 4.8 tons of hydrogen will allow 600 vehicles to be fueled.

Land of the long routes — the USA between battery, hydrogen, and natural gas

In the North American truck market, by contrast, there is no identifiable preference for any one type of powertrain. While the global market leader Daimler Truck is looking to both electric and hydrogen for its semitrailer trucks, the VW commercial vehicle holding company and MAN parent company Traton is clearly putting its trust in an electric future for the sector. Which technology will win out is likely to be ultimately determined by costs, given the modest profit margins in the transport business. Here, e-trucks still have their nose in front. However, that might change: Green hydrogen can be produced, transported, and stored in regions that are rich in sun and wind. At Daimler they are therefore confident that hydrogen can prospectively be traded at highly attractive prices.

The special features of the USA market also offer further arguments for the twin-track approach: In a country with long haulage routes, hydrogen trucks have an advantage over e-trucks by virtue of their greater range. In addition, driver downtimes are shorter there, which makes long charging times impossible. Together with investors such as Blackrock, Daimler is building a charging network for both battery and hydrogen vehicles. In 2024, the first battery truck for long-haul transport is set to come to market, and the first hydrogen truck in 2027.

Alongside battery and hydrogen powertrains, natural gas also plays a potentially important role in the USA for the post-diesel era: The fact that this fossil fuel is an alternative to diesel, particularly in the USA and China, was a further finding from the 2019 study by the Boston Consulting Group. Here, liquid natural gas (LNG) is named as one of three forward-looking powertrains for the truck sector. Some companies have already been using the technology in the USA for years: The logistics company UPS, for example, has been using delivery vehicles powered by natural gas since 2018 – and it is continuing to purchase new LNG vehicles. UPS is also looking to use renewable natural gas (RNG) for this, obtained from waste from refuse dumps and dairy farms.

UPS relies on renewable natural gas and is increasing its environmentally friendly fleet around the globe. Photo: UPS

South America is taking a different route: Here, e-fuels are increasingly being used as an alternative to diesel. Using synthetic fuels, on the one hand combustion engines can continue to be run, while on the other the existing filling station infrastructure can still be used in future. E-fuels can therefore be deployed immediately – even if the criticism of them is that their efficiency is well below that of e-cars. The key factor in their contribution to climate protection is that the electricity used in manufacturing them originates almost exclusively from renewable energies.

Accordingly, regions where a lot of electricity can be produced from renewable sources such as wind and solar are the most appropriate for production of e-fuels: South America, the Near and Middle East, and North Africa.

According to a study by the Fraunhofer Institute for Systems and Innovation Research (ISI), for instance, Morocco with its deserts could produce two to four percent of the green electricity needed worldwide in order to use the Power-to-X (PtX) process to manufacture fuels such as hydrogen, methane, or ammonia almost climate-neutrally.

In Patagonia in southern Chile, a pilot plant for producing e-fuels from wind power has been taking shape since the fall of 2021. The facility, built by Siemens and Porsche together with further partners, is intended to produce 130,000 liters of fuel annually from 2022, and from 2026 up to 550 million liters. In addition to e-fuels, green hydrogen is also set to be produced here – both for the domestic market and for export.

Porsche and Siemens Energy are building an industrial plant for the production of e-fuel in Punta Arenas in Chile together with international companies. Photo: Porsche

Even Volkswagen (VW) is looking to synthetic fuel in South America: In this case, to bioethanol from sugar cane – this despite the fact that the Group and the brand are clearly trusting to e-mobility in the German market. However, Brazil is the only market in the world where “flex-fuel”, an ethanol obtained from petrol and sugar cane, is the dominant fuel source. As early as 2004, this South American country established a biodiesel program, aimed at integrating bio-fuels into the national energy mix. VW has now established an R&D center for synthetic fuels in Brazil. Locally, the company is already saving close on  close on 1,700 tons of CO2 annually through the use of ethanol in its own fleet vehicles. Despite this, the Brazilian Volkswagen Caminhões e Ônibus (VWCO) has started production of the e-Delivery truck: Between 1,000 and 3,000 units are to be produced each year.

The answer to the question as to which powertrain will be powering trucks, vans and buses in future is a different one, depending on which region of the world it relates to. One thing, above all else, will be important: That goods and people can be taken to their destination reliably and quickly, both in light-duty and heavy-duty transport, and with the least possible burden on the environment.