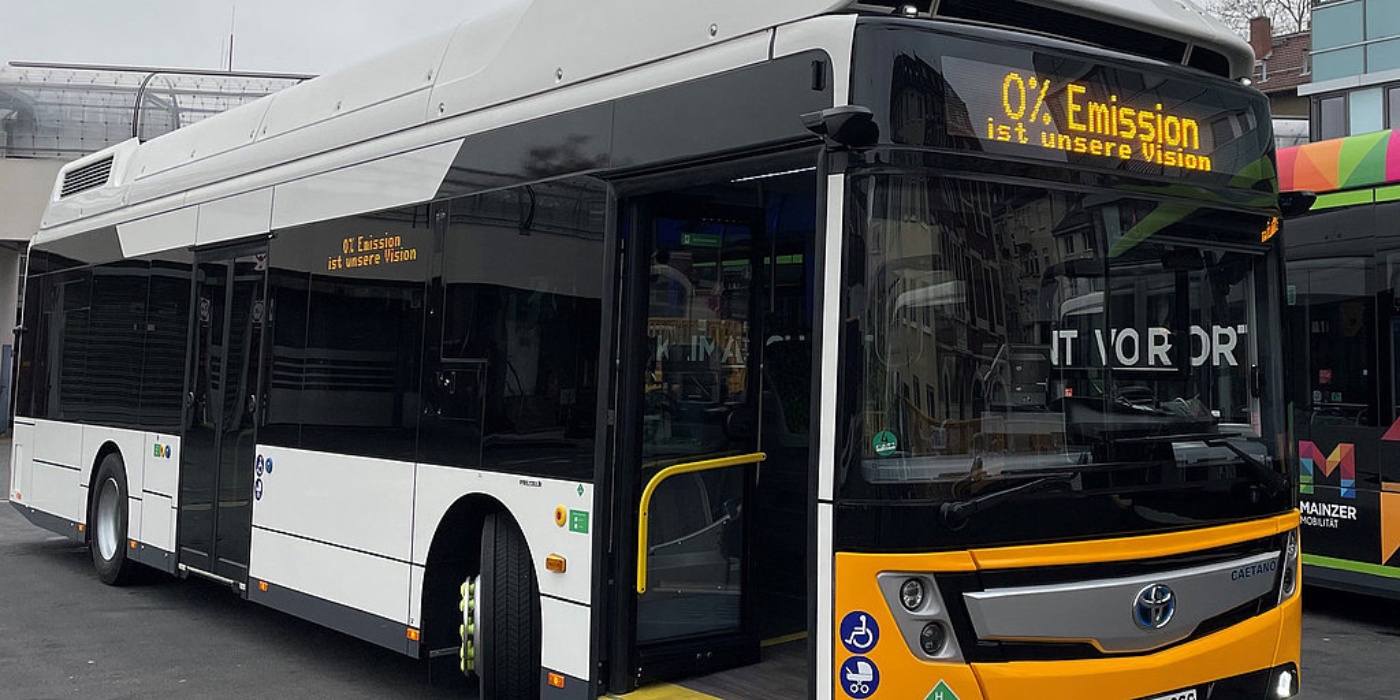 Mainz Mobility (MVG), the municipal transport company of the Rhineland-Palatinate state capital, would like to convert its fleet of vehicles, which mainly consists of diesel buses, to battery and fuel cell vehicles as quickly as possible. But on the one hand, there is a lack of suitable and reliable vehicles on the manufacturer's side, and on the other hand, the government subsidy is not working out as hoped in all cases, the company limits.

For this reason, Mainz Mobility assumes that it will take several more years before the diesel fleet can be completely converted to environmentally and climate-friendly types of propulsion. "Subject to attractive funding conditions, a gradual conversion of the diesel buses to zero-emission vehicles is planned in accordance with the EU's Clean Vehicles Directive (CVD), with the goal of using a total of up to 100 electrically powered buses in regular service by 2030 and to be climate-neutral by 2035," MVG managing directors Jochen Erlhof and Berit Schmitz explain the vehicle strategy.

The CVD demands a share of 45 percent emission-free vehicles for orders after 3 August 2021. Climate neutrality in 2035 is the goal of the city of Mainz. Technically, Mainz Mobility plans to use battery buses for courses with a daily mileage of up to about 200 km, for courses up to about 400 km of fuel cell vehicles. At present, around 145 buses, 41 trams and about 1000 bicycles of Mainz Mobility form the backbone of public transport in Mainz.

Erlhof makes it clear that the company's ambitions to increase the fleet of fuel cell buses are high. However, a project outline submitted in October 2021 for financial for financial support submitted in October 2021 was rejected. The plan was to procure a further eleven fuel cell solo buses and eleven articulated battery buses by the end of 2025.

Separately from this, the first fuel cell bus for the Mainz public transport system has now been handed over to the transport company. In the next few weeks, internal training on the new vehicle technology will follow, including for the driving personnel and the workshop. The manufacturer Caetanobus developed the vehicle in cooperation with Toyota, so that for the fuel cell it was possible to fall back on the tried and tested components from Toyota's series-production passenger car division. The bus will be refuelled at the hydrogen filling station jointly built in Wiesbaden by Mainz Mobility and Wiesbaden-based ESWE Verkehr with funding from the states of Rhineland-Palatinate and Hesse. The hydrogen required will be produced 100 per cent regeneratively from surplus wind energy at the Mainz Energy Park.

The first battery-electric articulated bus has already been driving through Mainz since the end of 2019. The manufacturer Sileo supplied a total of four of these vehicles. In mid-2019, the application for a further 23 battery-powered articulated buses was submitted, and in December 2021, the contract for the delivery of 23 battery-powered articulated buses was awarded to the manufacturer MAN. With a guaranteed range of at least 200 kilometres and equipped with a heat pump for emission-free heating and air conditioning, the vehicles are expected to supplement the public transport system in Mainz in the second half of 2022.

In parallel, the charging infrastructure is currently being installed at the depot on Kaiser-Karl-Ring. A new medium-voltage connection was already installed in 2018. In the long term, approximately 2.5 MW of power will be needed to charge the battery buses. In the course of the year, a charging load management system will also be introduced to intelligently control the charging processes and thus reduce the peak load for the power grid.

For the total project of 23 battery buses including charging infrastructure, Mainz Mobility calculates an investment volume of just under 26 million euros. The federal government has made a financial contribution to these vehicles: The Federal Ministry for the Environment is providing just under ten million euros. Jochen Erlhof: "This major project can only be realised thanks to the subsidies provided." Compared to conventional diesel buses, after deduction of the subsidy, an additional cost share of around 7.5 million euros remains to be borne by Mainz Mobility, explains Berit Schmitz.

For the years 2023 and 2024, another two dozen diesel buses are planned for procurement in order to promptly replace older diesel buses that have already covered more than one million kilometres. But the projects that have been initiated clearly show that only hydrogen and battery-electric buses should be added to the fleet as soon as possible.