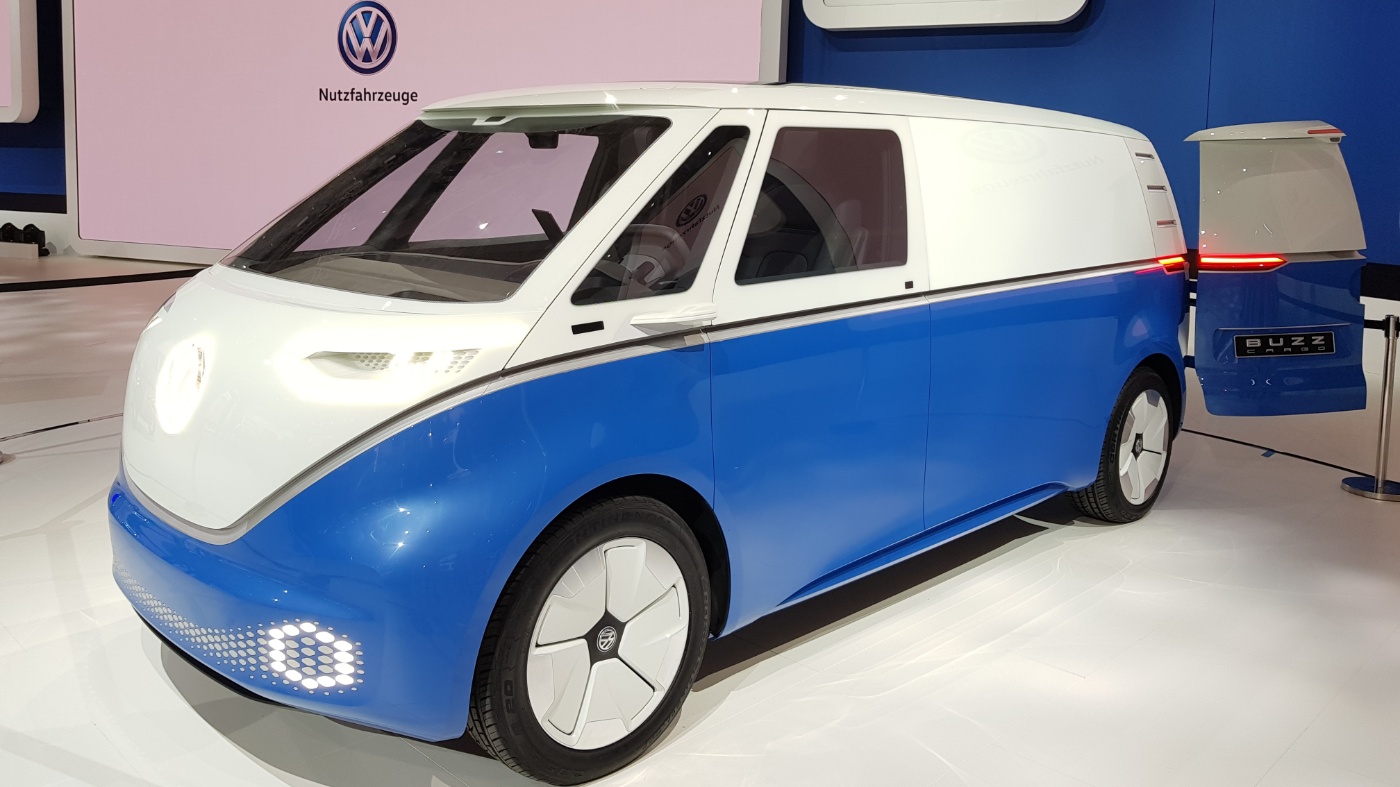 Automotive manufacturers are currently working at full speed to electrify their ranges of minivans and commercial vans. However, entirely new ideas are already being considered for the not-too-distant future.

With a keen eye on the future of minivans and commercial vans, Mercedes-Benz Vans recently presented a technology platform for a sustainable city delivery van based on the eSprinter. With its Sprinter Sustaineer, apart from the all-electric drive, the manufacturer is developing a number of other ideas intended to make the vehicle the ideal solution for urban deliveries going forward.

The van that cleans up after itself

A particulate filter on the front module, which is active while driving and charging, and a passive collector in the underbody, which collects both the vehicle's own particles and foreign matter, help to protect the environment. The amount of particulate matter generated by the vehicle itself, for example from the brake discs, is to be reduced through the use of ceramic brake linings, and the fuel-saving tyres are also designed for high abrasion resistance. In any case, this e-van tends to decelerate less via the foot brake and more via recuperation in many everyday situations.

All in all, the filters developed in collaboration with filter specialists Mann + Hummel are said to be able to absorb up to 50 per cent of the particles emitted by the vehicle itself, while consuming very little additional energy in the process, although admittedly, the concept requires the filter to be replaced at regular intervals.
The filter feature could still become relevant if the specifications of the Euro 7 standard also take total vehicle emissions into account, and not just those of the engine. According to Mann + Hummel, exhaust emissions account for only around twelve per cent of all particulate matter, with approximately one third each generated by tyre and brake abrasion as well as the general build-up of road dust.

However, if and when these features ever find their way into series production has yet to be seen. Mercedes-Benz has already hinted that its next move will be to launch the improved and "versatile" e-platform of the eSprinter in the second half of 2023, followed by a fully independently developed e-van architecture "from the middle of the decade".

The new Volkswagen ID. Buzz is based on the MEB platform and likely to be positioned well below the T7, but owing to its efficient utilisation of space, it could provide almost as much room, despite its length of 4.70 metres. The question remains, however, as to whether VW will launch a longer version with an extended wheelbase, especially for the closed commercial "Cargo" version.

The battery pack and the drive units are both located in the floor and the cargo space is flat. Questions also persist concerning the motor options and the battery sizes. Apart from the 58- and 77-kWh batteries, a 100-kWh battery could also be fitted, at least in the long version, which should enable a range of almost 300 to over 500 km according to WLTP criteria. The set-up is thus far more advanced than that of the recently launched T7 on the VW Group's MQB passenger car platform, which is only available as a plug-in hybrid model with a maximum electric range of 50 kilometres.

Hydrogen vans at Miele and Suez

Opel, the Stellantis subsidiary, is currently demonstrating that the emission-free future of commercial vans could also be more than just battery-driven. The company has just delivered the first Vivaro-e Hydrogen, featuring a fuel cell hybrid drive system. The vehicle is set to be deployed in the fleet of the household appliance manufacturer Miele for daily field service in the Rhine-Main region.

The new variant is powered by a hydrogen fuel cell drive system with a plug-in battery and is said to be capable of travelling over 400 kilometres on a full tank (WLTP). The 45-kW fuel cell delivers enough power for extended trips on the motorway and refuelling with hydrogen only takes about three minutes. When starting or accelerating, the 10.5-kWh lithium-ion battery located under the front seats provides sufficient support to cover peak loads. Consequently, the fuel cell system should always be able to work under optimal operating conditions, which extends the service life.

The model has the added advantage of a hybrid system in that braking energy can be recovered and fed back into the battery in the form of electricity, with the electric motor acting as a generator. The plug-in option also means the battery can be charged externally if required, enabling the vehicle to cover 50 kilometres on electric power from the battery. The Opel Vivaro-e Hydrogen is equipped with a three-phase on-board charger (11 kW) and a mode-2 charging cable as standard.

The entire drivetrain technology is housed so that the van does not pose any restrictions in terms of cargo space compared to conventional combustion engines. The vehicle is also available in two lengths (4,959 and 5,306 millimetres), providing 5.3 or 6.1 cubic metres of cargo space respectively with a maximum payload of 1,000 kilograms.

Alongside the new Opel, the Stellantis subsidiary Citroën has also launched the first model of the ë-Jumpy Hydrogen, with the French energy supplier Suez Group as its initial customer. The plug-in hybrid van is based on the all-electric model, but with a lithium-ion battery reduced to 10.5 kWh, and combines a 45-kW fuel cell with a 4.4-kg H2 tank to extend its range up to 400 kilometres, which will now be tested in everyday use.

However, completely new approaches to designing the van of the future are already on the horizon. According to CEO Will Graylin, the start-up Indigo has "invented robotic wheels that allow more space and comfort for small urban electric vehicles". This not entirely straightforward drivetrain concept with wheel hub motors is said to have a number of advantages as, without a gearbox or an engine between the wheels, this new van, the Indigo Flow, is designed with a low, flat floor that is said to offer more cargo space than any other vehicle of its size. The active suspension system in each wheel is also said to provide "amazing driving comfort at an affordable price", according to company boss Graylin.

The driver always sits front and centre of the vehicle and has plenty of leg and foot room where the engine is otherwise located, which means the driver's seat can be moved forward, creating extra length and volume for cargo, or space for passengers, behind it. When presenting the vehicle, Indigo also announced an interesting change in personnel, as Volker Kaese, former Head of Innovation Product Management at Audi, was introduced as Chief Technology Officer. Kaese is among the foremost drivers of innovative concepts: during his tenure at the VW Group, among other duties he headed up the development of the one-litre Volkswagen XL1 and the Audi e-tron show cars.

Unfortunately, the Flow and Flow Plus vans are still only studies and Indigo has not yet made any statements regarding production or a possible market launch date.