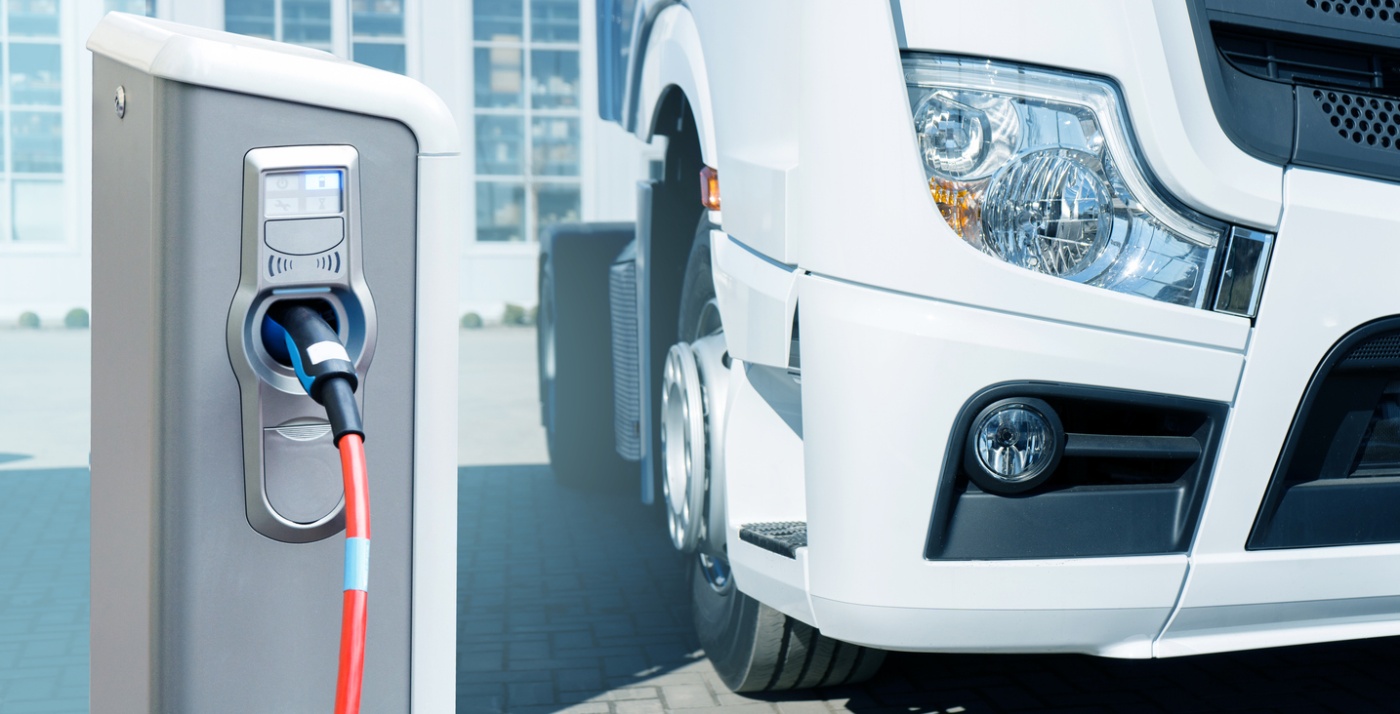 Trucks with electric drives are offered by many manufacturers. The decisive factor, however, is charging management.

Trucks with electric drives are offered by many manufacturers. The decisive factor, however, is charging management.

Too little range, no charging infrastructure – the worries about switching from conventional to electric drive are often the same for cars and trucks. Sebastian Karrer from the charging infrastructure provider Mobility House thinks this is a shame. "The discussions often focus on what is not yet possible," says the key account manager. Yet there are enough use cases where the electric truck could already be used without any problems.

"That might not be the route from Poland to Italy, but there are many routes that can already be served with an e-truck," says Karrer. As an example, he mentions the delivery of goods from the wholesale market to restaurants, for example, or of laundry to hotels. At the moment, it is mainly a matter of fixed, shorter routes for which it is sufficient to charge at the depot.

There are a number of vehicles that are suitable for such operations: for example, light and medium-duty trucks from Daf, Renault Trucks and Fuso have been available for some time. In addition, Mercedes-Benz started series production of the E-Actros engine truck with a range of 400 kilometres a few weeks ago, and MAN will soon be offering the eTGM for trial through its rental subsidiary Euroleasing. In addition, Scania and Volvo Trucks are also on the home straight with their e-truck series, and a number of smaller manufacturers such as Quantron, Framo, Volta Trucks, Futuricum or E-Force are also romping around in the market.

In its paper on the "Charging infrastructure for battery-electric trucks", the National Platform for the Future of Mobility (NPM) had emphasised that the expansion of charging options should concentrate on charging in the depot until 2023. Only then would the development of a charging network along the transport routes have to be taken care of.

Karrer sees it similarly: "The demand for fast-charging infrastructure will come when operators see that the technology works on short distances. Then many will also dare to take on longer routes." Until then, charging will probably take place at the depot.

Karrer's colleague Christian Müller, managing director at Mobility House Switzerland, describes it as a "staircase system". The first step would be "slow charging", for example at a wallbox. The last step would be the integration of the vehicles into the electricity grid, for example through bidirectional charging.

Mobility House develops infrastructure concepts for its customers and shows how fleet vehicles can best be charged. "We often hear that trucks necessarily have to be charged with a lot of power. They are, after all, large vehicles," says Müller. "But then it turns out that AC charging options with a 22-kilowatt charging capacity are sufficient, depending on the application," says the expert. This also applies in the event that the share of purely electric vehicles in fleets grows.

One scenario, he says, is that every truck parking space at the depot is equipped with a wallbox. This way, the vehicles can all be charged at the same time. Thanks to load management, the available power is distributed to all plugged-in vehicles. In Switzerland, it is even obligatory to set up a load management system for two or more charging points in order not to overload the electricity grid. In Germany, there is no fixed regulation, adds Karrer. Nevertheless, from an economic point of view alone, it would be worthwhile from day one, as this would usually prevent a costly expansion of the grid connection.

If it is not possible to charge the vehicles slowly, fast chargers can also be used, says Müller. This is often the case in public transport. When the vehicles return to the depot, they are refuelled for about 20 minutes at a fast charging station and only then, with a full battery, are they parked. This way, the vehicle is ready for use again at any time.

Charging when the wind blows

Buffer storage has not been used so far, says Karrer. At least not in the projects supervised by Mobility House. But trucks could serve as storage units themselves and provide the electricity market with the flexibility it often lacks. Too often, wind turbines or other renewable energy generators are still switched off because the grid cannot absorb the electricity. Vehicles parked at the charging station at that time could serve as buffer storage and help to increase the share of renewables in the electricity mix. In addition, electricity is often cheaper at these times.

If the vehicles can also be charged bidirectionally, i.e. if they can also deliver the electricity again when needed, it is particularly profitable for the operator. But according to Karrer, operating costs can be reduced through intelligent charging alone.

The two experts agree: the battery-electric truck is still in its infancy. "The topic is just getting going," says Müller. "If you compare it to the development in the passenger car sector, it feels like we are in 2012 or 2013." Karrer adds that it will still crystallise which scenarios work best for e-truck operation. "And then there will be the right solution for that."

Ulm is ready for e-truck construction

Commercial vehicle manufacturers Iveco and Nikola have opened their joint factory in Ulm for the production of the Nikola Tre electric tractor unit. The first vehicles are expected to roll off the assembly line at the beginning of this year. However, interested transport companies in Germany and Europe still have to be patient: For the time being, the electric trucks will only be delivered to selected customers in the USA. In addition to the battery electric (BEV) Nikola Tre, the fuel cell-powered variant will also be produced here from 2023.

Covering an area of 50,000 square metres, 25,000 of which are covered, the Ulm production plant has a final assembly process specially designed for electrically powered vehicles. The production line is capable of manufacturing 1,000 units per year in single-shift operation and will be gradually ramped up in the coming years. The site operates sustainably: the goal is to have no waste, no accidents, no downtime and no stock.