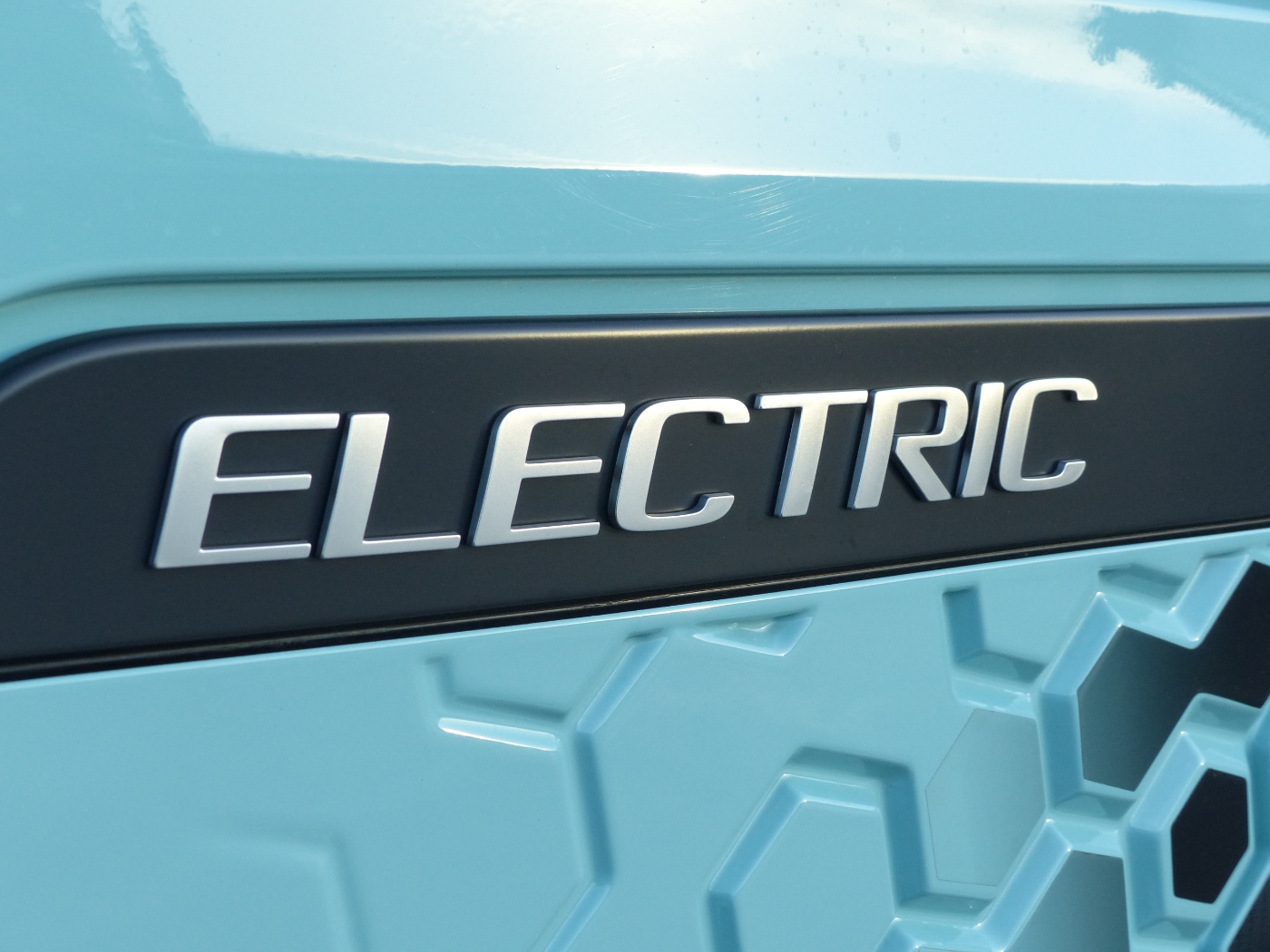 The battery is the new value driver

The battery is the key technology driving electric mobility. For German manufacturers, this means an uphill battle to catch up in terms of research and development, but also with regard to production – the race is on.

According to a recent study conducted by consulting firm "PwC Strategy&", in the foreseeable future, up to 70 billion euros, or 70 per cent of the value added generated by the electric drivetrain, are likely to be spent on processing battery materials, manufacturing battery cells and cell modules, and assembling battery systems. The opportunities for the EV market depend on establishing a strong EU battery supply chain, the study states.

The study was commissioned by CLEPA, the European Association of Automotive Suppliers, with the aim of finding out which impact three assumed Green Deal policy scenarios would have on employment and value creation at automotive suppliers. The study explored a mixed technology approach, the pure EV approach proposed by the "Fit for 55" package, and a radical EV intensification scenario. The assumed market share for electric vehicles in each of the three approaches is 50, 80 and almost 100 per cent respectively by 2030.

"In recent years, the automotive industry has agreed on a common strategy for getting carbon-neutral vehicles on the roads. While electrification threatens jobs in drivetrain production on the one hand, other skills will be needed in fields such as software or infrastructural development as we move forward. Both value creation and job creation in the field of drive technologies depend heavily on battery production in Europe," says Felix Kuhnert, Partner and Global Automotive Leader at PwC Germany.

How do we dispose of the batteries?

Another emerging aspect of the growing trend towards electrification is the issue of how to recycle the lithium-ion batteries that come into circulation as a result. In a further study, researchers at the Fraunhofer Institute for Systems and Innovation Research have determined that some 2.5 million tonnes of new batteries will be needed across EU markets by 2030. On the other hand, up to 1.5 million tonnes of used lithium-ion batteries and battery components will need to be recycled annually by 2040. Asia is leading the way in terms of both recycling and manufacturing batteries. In China, for example, the battery recycling industry is already far larger than in Europe, which means the country has practical experience with the processes and the required systems.

Nonetheless, Europe could still become a leading market for green and highly efficient battery recycling. With its vast experience in industrialising innovative technologies, the mechanical and plant engineering industries in Germany and across Europe could be key to achieving these political, ecological and economic goals. "Depending on the pace of market growth and the global share of European recycling capacities, Europe will need systems engineering technology that calls for investments in the region of 6.6 billion euros by 2040," explains Christoph Neef, who is conducting research on batteries at Fraunhofer ISI and coordinated the study.

If a European recycling industry can be successfully established, the recyclates it produces will be capable of covering more than 40 per cent of the cobalt and over 15 per cent of the lithium, nickel and copper required to manufacture batteries in Europe by 2040.

Reuse instead of recycling

In many cases, however, lithium-ion batteries no longer suitable for powering vehicles could be reused as stationary batteries rather than recycling them. Daimler, for example, is connecting large-scale storage systems consisting of EV battery modules to the public grid via its subsidiary Mercedes-Benz Energy and its partners Getec Energie and The Mobility House. Back in 2016, a 12.8-MWh 2nd-life battery storage plant was opened in Lünen, and a 17.4-MWh spare parts storage facility is now located in Hanover. In Elverlingsen, South Westphalia, a total of 1,920 battery modules have been combined to form a "living spare parts warehouse" for the vehicle fleet of the third generation of electric Smart cars. With an installed capacity of approximately 9 megawatts and an energy capacity of 9.8 MWh, the Battery Energy Storage System provides the energy market with primary control power, among other applications. Its modular design enables the system to stabilise the electricity grid with fully automated, uninterrupted control power.

The company JT Energy Systems GmbH has developed a further impressive project. In the town of Freiberg, Saxony, the joint venture between the industrial truck manufacturer Jungheinrich and the battery specialist Triathlon is currently building a battery storage system with a peak output of 25 MW. The project is being implemented by the large-scale battery storage experts at the locally based company Tricera Energy GmbH and scheduled for completion in autumn 2022. The large-scale storage facility consists partially of used lithium-ion battery modules that have been given a second life after their initial deployment in electric forklift trucks and EVs.

Automotive manufacturers have long since been paving the way for the future of battery-powered vehicles. To meet its growing demand for battery cells, the Volkswagen Group, for example, is planning to establish six new factories and the production of "standard cells" for the high-volume segment is due to begin in Salzgitter as early as 2025. In the first stage of expansion, the factory is expected to generate 20 gigawatt hours of annual capacity, with a planned doubling to 40 GWh at a later date. "We aim to offer our customers high-performance, sustainable vehicle batteries at an affordable price. In order to do so, we intend to forge every link in the battery value chain critical to our success," says Thomas Schmall, Board of Management Member for Technology at Volkswagen AG. These new tasks within the VW Group include processing raw materials, developing the Volkswagen standard cell and managing its European gigafactories. New business models for reusing discarded batteries, including recycling the raw materials they contain, are also being considered.

And how are the other carmakers faring? Mercedes-Benz and the US battery specialist Factorial Energy have agreed on a technology cooperation with the aim of jointly developing advanced battery technologies, starting with cells and then extending to include modules and their integration in vehicle batteries. Mercedes-Benz is looking to combine its own expertise in battery development and vehicle integration with Factorial's know-how in the field of solid-state batteries. The technology is to be initially deployed in small series in a limited number of vehicles within the next five years.

From today's perspective, solid-state batteries are considered one of the most promising technologies in the field of e-mobility. The crucial difference is their use of an electrolyte made of solid material instead of the liquid equivalent in common use. The electrolyte is required to conduct ions back and forth between the electrodes when charging or discharging the battery. Factorial Energy has developed solid-state batteries that are said to offer between 20 and 50 per cent more range per charge as well as greater safety at a cost similar to conventional lithium-ion batteries.

Volkswagen is also recruiting experts in order to further develop its own batteries. For this reason, VW has hired Soonho Ahn, who was most recently responsible for enhancing Apple's battery cell technology as Global Head of Battery Development. The solid-state cell expert Jörg Hoffmann is also leaving BMW to join VW in Wolfsburg.

According to "Manager Magazine", Soonho Ahn is seen as the superstar of the sector. He only joined Apple in 2019 from battery cell manufacturers Samsung SDI and LG Energy Systems, where he played a vital role in advancing battery technology at the California-based company. Experts predict that the South Korean's appointment as CTO Battery Division will lead to improvements in cell technology in the short term.