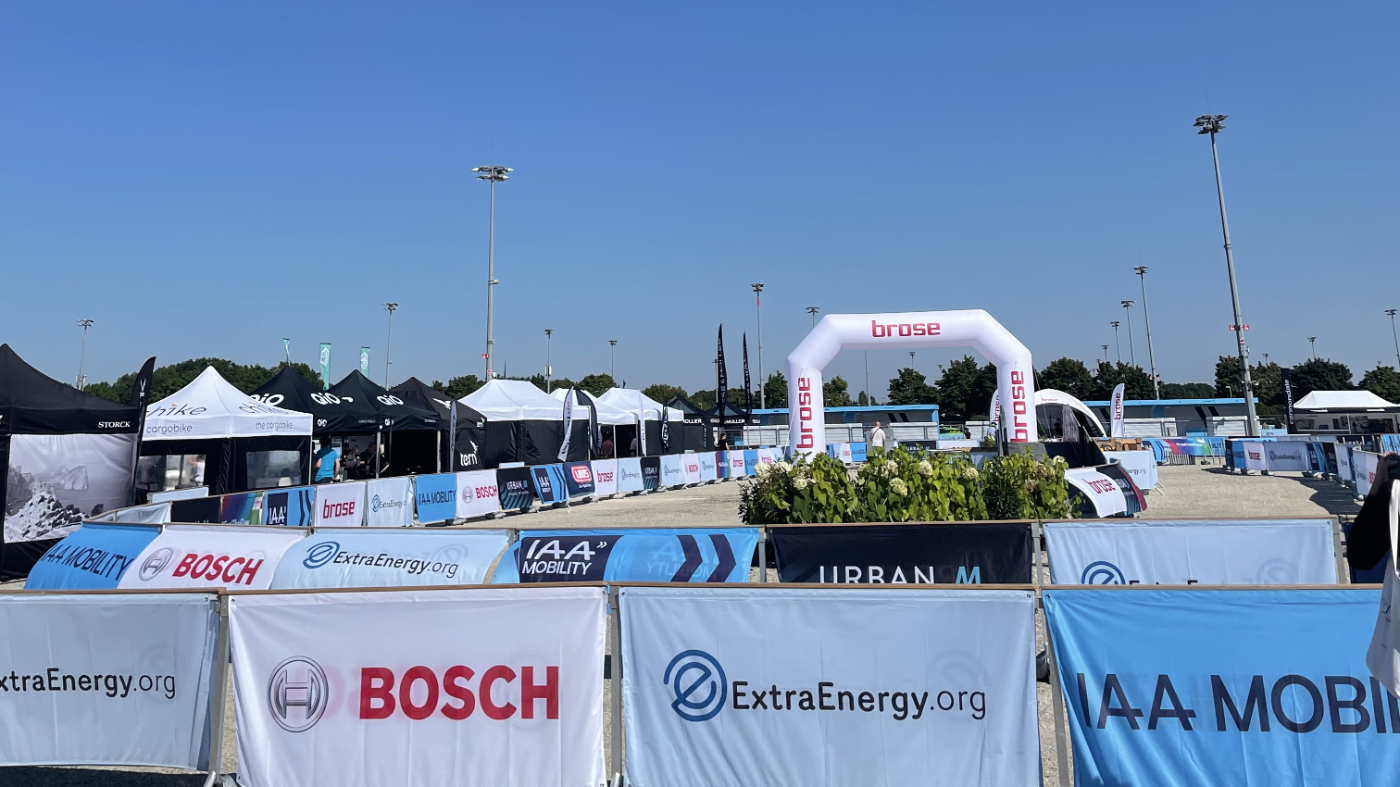 Trucks, vans, buses and trailers are not the only focus of the IAA Transportation: The cargo bike is the ideal transport carrier for the last mile in urban delivery traffic. Between traffic congestion, parking chaos, noise and the customer's desire for on-time delivery, cargo bikes can play a key role as "game changers" in solving inner-city logistics problems. This year in Hannover, the latest trends and innovations in the cargo bike scene will be on display - be there as an exhibitor on the action-packed IAA Cargobike Parcours.

Present your latest cargo bikes on the IAA Cargobike Parcours. Here, IAA visitors have the opportunity to get up close and personal with your models and those of other manufacturers and test them extensively. On the winding track, the transport pedelecs can be put through their paces. Different situations and obstacles allow you to ride under real-life conditions with curb simulations, inclines, declines and uneven surfaces.

Part of the course are exclusive registration areas for exhibitors, where IAA visitors can pick up the cargo bikes and get tips from your experts before their driving tests. As an add-on, you will also increase your maximum visibility on the IAA Cargobike Parcours with the status of "Presenting Partner".

Cargo bikes in commercial use are booming and experiencing a huge surge in innovation with major leaps in development in terms of technology and scaling. This is also reflected in the "International Cargobike of the Year" (CABOTY) award, which will be held for the first time in 2019 and this time docked to the world's most important stage for commercial vehicles, the IAA TRANSPORTATION in Hanover (September 20-25). The initiators of the trade journal LOGISTRA from the HUSS-VERLAG want to underline that the former niche topic has arrived in the mainstream of logistics.

The use of cargo bikes for logistics saved 422 tons of carbon dioxide or 105 3.5-ton trucks in 2021, they said. A total of 4.7 million shipments were delivered by bike logistics, 0.1 million more shipments than last year. However, the key to a successful use of cargo bikes in logistics still lies in the clever combination with ideal e-trucks/e-vans in the lead-up as well as decentralized microdepots as transshipment points for fine distribution. All these topics will also be found at the IAA TRANSPORTATION. The Cargobike Award will again be presented in three categories: Light, Heavy as well as Trailer. This is to take account of the different requirement profiles. The list of candidates for the award is now open and interested parties can apply for the award using a form. On site, the jury, which in addition to initiator Johannes Reichel will again consist of practitioners such as the

Radlogistiker and RLVD executive committee Thomas Schmitz of the company Radlader from Mainz as well as RLVD executive committee Martin Schmidt of the company Cycle Logistics from Berlin consists, in a test procedure the candidate Bikes examined and their practicality according to a criterion catalog evaluated.  The awarding of the prizes is then planned to take place at an evening event on September 22 immediately afterwards.